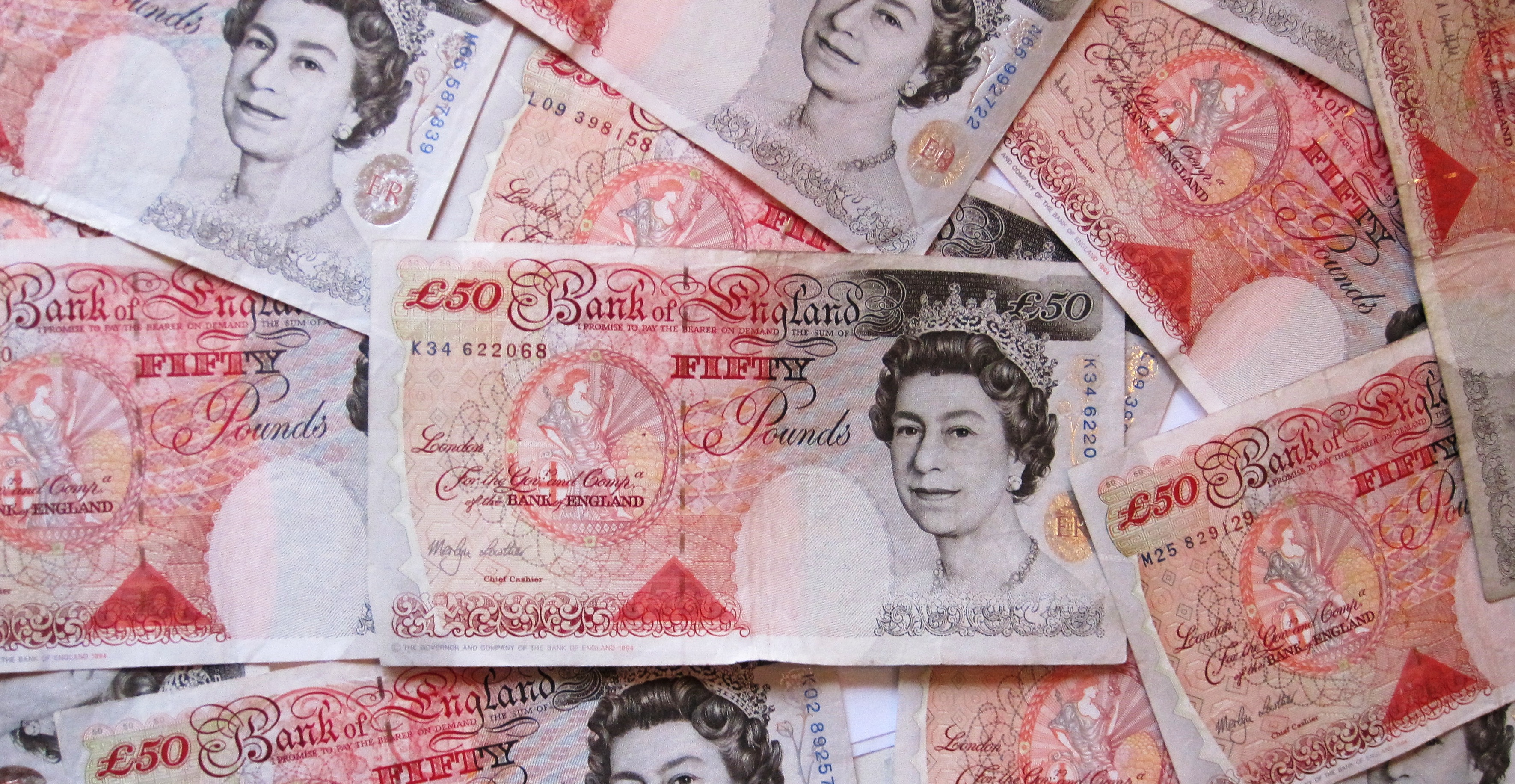 At the heart of any war is the trading of and striving for information. Espionage and counter-espionage become the central shady game to any protracted conflict, and in this the War on Drugs is no exception.

Intelligence is a vital part of policing, and the use of informants is historically the most important part of intelligence gathering.  In conventional crime investigations an informant can provide the best value in the policing tool box. For example a detective could spend months investigating a string of burglaries committed by the same offender, just hoping for a mistake to be made, but one individual “grassing up” that burglar can circumvent weeks of policing-by-numbers, and prevent further crimes.

The vast majority of the use of informants is not for conventional investigation however. It is for drugs offences. This is the police side of the intelligence war in the larger War on Drugs, and like the wider conflict it is being lost spectacularly. It is not widely acknowledged just how much harm the pursuit for information causes.

As a young police officer I embraced the use of informants wholeheartedly. I understood early what motivated individuals to provide information. A common reason is financial reward, and another is to get a discount on any subsequent conviction. There are other reasons of course, a sense of moral responsibility, a tactical removal of a business rival, even occasionally enjoying the attention from a police officer. In the early days of my police service most of my payments for information were to problematic drug users for information about drug dealers. Back in those days, the early 90’s they used to let any cop run informants and hardly a week would go by that my Detective Inspector wasn’t authorising my payments to my little clan of snouts.

As time went on the handling of informants needed to become more professional and specialised, so that by the year 2000 every police force had its own unit with management of informants as their sole job. This shift was a response to an increase in corruption; drugs intelligence had started to flow in both directions. The ‘source handling’ officers became specialists, but were only allowed to work on the units for a limit of 3-5 years, such was the managerial concern about the corrupting influence of the work.

Over time, Organised Crime Groups have become very aware of the use of police informants. In the world of illicit drug supply, the gangsters in charge have little risk of getting caught, and protect themselves from informants by their most important tactic, the use of fear. Gangsters find ever more inventive ways of terrifying communities to keep themselves safe from grasses.

Over the years that I worked undercover I was privy to much intelligence and witnessed how the world of covert policing developed to try and cope with the growing power and aggression of Organised Crime Groups. One aspect of this is that the source handling units have become highly skilled at managing their sources. The expertise and techniques have developed to make it difficult for gangsters to be sure of who is or isn’t a traitor. This is, however, bad news for the communities in which these gangsters move. Uncertainty in where the threat comes from means that blanket terror is the best defence. Each city manor has its urban story of terror carrying an implied threat to those that would dare cross, or grass on, a particular OCG.  For example, everyone in a certain South Manchester community remembers a legendary execution, where the victim was forced to drink petrol before being burnt alive.

The result of this terror is that OCG’s have got bigger, increasing and strengthening their regional monopolies. Small time players, the independents that used to thrive well away from the scarier gangster types in the drugs market place have almost disappeared. The reason for this is that there are still problematic drug users that will consider selling information for the price of a eighth of heroin (3.5 gram, around £120). The dealers that get grassed up are those that have no backing, no affiliation to an OCG, thus making violent repercussions unlikely.

So, over the last twenty years, the pursuit of intelligence has helped to concentrate the monopoly of drugs supply, as the specialism of policing leads to a specialism of sorts within the criminal world. The longer prohibition goes on, the more the wealth created from illicit drug supply is maintained with those Organised Crime Groups who most successfully terrify their communities.

As the criminal gangs get richer they have been able to pursue their own intelligence war more successfully. It is of great advantage to receive intelligence from within the police. The reasons why a police officer might provide information to drug dealers is not necessarily straightforward. In 2002 I was shocked to hear that a Detective Sergeant whom I was friendly with and admired somewhat had been arrested for allegedly passing information to drug dealers, and supplying cocaine to his friends. He was convicted, together with another colleague of supplying cocaine, and they both were sent to prison. I had cause to meet him again in 2010, by which time he fairly successfully self-employed. He explained to me; “I could never give a shit about drugs Woodsy. I mean, as detectives we love to catch the burglar, we want to put the rapist behind bars, but drugs? I just couldn’t bring myself to care. I mean, if I want to do some Charlie on a Friday night, why shouldn’t I?”

Whilst it is rare for cops to end up doing what my colleague did, the essence of his attitude isn’t so rare. There is a stark and obvious difference to many, between those laws forbidding something inherently wrong, and those which are arbitrarily prohibitive. It is this policing of moral judgement, when it comes to drugs, which can make some individuals within the service susceptible to a corrupting influence.

There is a good example of the traditional style of corruption going through the courts in Liverpool at the moment.1 A constable was recorded passing information to local gangsters, including locations of suspected cannabis grows; lucrative information for a prospective burglary. It appears that there was a regular flow of intelligence, and as usual in these cases it is clear that there is an unlimited cache of money available for continued corruption.

I have observed over the years similar cases of corruption where there is often a set fee, a standard payment for different types of information. A tariff is set by the market forces of supply and demand, and in this intelligence war there is plenty of both.

The majority of police will carry out their jobs with honesty and dedication, cringing with horror at the damage to the collective reputation a corrupt few cause. The practice will continue, however, as the flow of money will not stop. Let’s be clear; this flow of wealth that has the power to corrupt can only happen within the backdrop of the illicit drug trade.

The traditional spying for payment is not the only method of obtaining information from the police. The larger Organised Crime Groups employ individuals to join the police; people with no previous convictions, and no obvious connection to the criminal world are prized. Management gangsters keep a look out for such people to recruit as they can be the most valuable asset in this war. With the network of drug dealing so vast and interconnected it is not perhaps so difficult to tempt an apparently clean living individual whose only contact with criminals is when purchasing an occasional gram of cocaine.

Whilst working undercover in Nottinghamshire it turned out that the OCG I was trying to infiltrate had already infiltrated my team. The officer was caught and sentenced to seven years in jail – the length of time he had been a spy. The attitude of the covert policing world to that event was telling. One senior officer dismissed it as to be expected. Of course there are spies like this he declared. With so much money involved, how can there not be?

The intelligence war can get dirty. Working undercover I saw the attempts to recruit informants from the other side. A problematic heroin user I knew well, having just been released on police bail for dealing, detailed the attempts to recruit him. “They said I had a choice. Either give them information, or they’ll let it be known that I have done.” He was terrified. I asked him what he would do, and he said he couldn’t possibly give them information as he couldn’t be sure that one of them wasn’t employed by the same group he had been dealing for. He decided the safest thing to do was to tell as many as he could what had been said, and then purposely fail to attend any probation meetings, so as to guarantee a maximum sentence. Anything less than a full sentence would be seen as suspicious by dangerous people.

The intelligence war is causing enormous harm. The more vigorously it is pursued from the police side, the more it benefits the larger groups on the other. The War on Drugs hollows out the criminal justice system, and it creates an atmosphere of fear amongst whole communities, overwhelmingly poor communities. Police are becoming more detached from the people who live in communities dominated by Organised Crime Groups, as the people are less and less likely to ever trust those police with much needed information. I have seen it worsen over time; I have felt the distrust and the fear as I worked undercover in these communities.

We may be a long way off the near-complete corruption of Mexico, or other drugs production and transit countries, but with the unceasing flow of money, we are only going in one direction. With police tactics helping to concentrate the vast wealth of illicit drugs into fewer, more organised hands, there is only one way to turn this around. Organised Crime can only be fought successfully by levelling the playing field; take the money away from them. Regulate the control of illegal drugs and take the power away from criminals. It’s the intelligent thing to do.