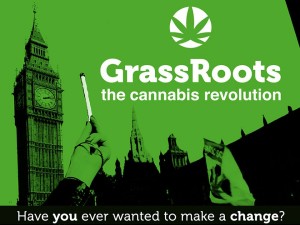 What is the path to drug law reform? In the UK we seem to be entering an age of multi-party politics, but it would be unwise, I feel, to pin too many hopes on the influence of the smaller Progressives. Welcome voices they may be, but changes to policies like drug legislation will likely come from the bottom upwards. Drugs will be one of the issues that a fresher style of democracy will shape. A strong influence will come from new media – I believe we have not yet learned to use it to its potential for reaching those who wish to learn.

Clips from documentaries such as Breaking the Taboo, and The Culture High do the rounds in their millions on social media. They educate, but also inspire. They empower us with knowledge, and evidence, and encourage us to share the message. They start conversations.

The UK is lagging behind other parts of the world in reform at this current time. Politics of the left and right are feeling little pressure from public opinion. However, there is a very British media project in production right now. ‘GrassRoots’ is a documentary which follows Clark French, an MS sufferer and indefatigable activist who co-founded the United Patients Alliance. The film looks at the wider cannabis scene in the UK, and while it charts Clark’s progress it also focuses on many aspects of both the medical cannabis movement, and the efforts of all those people out there who fight daily for the rights of everyone to use their drug of choice without persecution.

This is a story that hasn’t been told. The film features interviews with leading figures from the reform movement such as Tom Lloyd of the National Cannabis Coalition, and LEAP UK’s Jason Reed, but the important stories, the ones that will spread into the wider consciousness of the general public, are those of the masses, those who strive to get their message heard.

So if you believe the message should be heard, and that the path to reform is reaching people with that message, then the ‘Grassroots’ team need your help. The film is at the editing stage, and a crowd funding page has been launched; have a listen to the brilliant Dale Beaumont-Brown here:

The path to reform will be forged by the people; it will be through the new democracy that we claim for ourselves, if we choose to claim it. The conversations that help us claim it will come from work like ‘Grassroots’. Please, if you can, support it.

‘GrassRoots: The Cannabis Revolution’ Kickstarter page can be found here.