I had recently finished my last undercover job. It was a dark, cold winter’s night. I was in uniform as I walked around an area of Burnley. I saw some members of a gang called the Bengali boys. Four of them were sneaking around. I followed them making sure to keep within the relative cloaked safety of the shadows – staying out of sight. After a while I decided to approach them. Most of them were known to me and I didn’t expect any trouble.

As I got within a meter of them one of them pulled a gun out of his pocket and pointed it in my face. I kept his attention by talking to him and managed to unclip my baton. It was running through my head what I was going to do… I lifted my hands as if in surrender. Then, I knocked his arm away from me,  grabbing his wrist as I simultaneously pulled. At the same time I bent his wrist, locked his arm, and then took him to the floor. I shouted at the others not to come near me or they would get hurt. I don’t know why, but they didn’t move – they just stood and stared.

It turned out the gun was a toy. 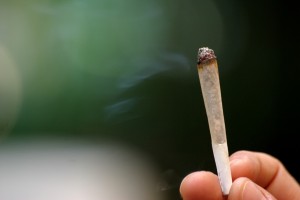 These were low-level gang members of a network that allegedly was involved in everything from drug dealing, fraud, and terrorism. This particular young person did this out for the sake of bravado – to impress his peers and make a name for himself. His aim? To try and move up in the organisation, to get involved in drug deals, and to make some money. Drugs were, and are, a motivating factor for these young men – seen as a comparatively easy way out of poverty.

Owing to the interplay and history of rival gangs, the police had changed their tactics against drug dealers, making it more difficult for low-level dealers to become established. So when the Bengali boys came along they had to increase the level of intimidation, violence and fear within the community to gain control. These are the situations which we helped create within these small communities.

There are other issues in policing these communities, but the drugs policy which was (and is) being implemented is firmly helping create a community which lives in fear. These young men did this to me simply to be more involved in this – what better way than to say, “We pulled a gun on a cop”. If they would do that to a police officer, then what would they do to an ordinary member of the public?

The wider community were terrorised and living in fear – drugs ruled the roost. We need to take the opportunity away from these young men – take the incentive away from selling drugs. If they don’t have this precious commodity of drugs then they wouldn’t need to control their community in the manner in which they did. Later, this gang would cause me to leave the police. 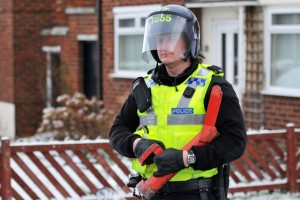 People ask if I am bitter? The answer is no – but I am disappointed that we have the resources to start addressing problems like these, but due to existing policies, we can’t. I met some amazing people in that community, both drug users and non drug users alike. It can be frustrating, but I see that through the work of LEAP UK there is hope. We can make a change; we can help these people, we can come to the aid of these affected communities.

We must come together, police and communities, and let the government know that they are making mistakes in their drug strategy – they have the power to change legislation, to save lives – and save communities. This is why I support LEAP UK – and this is why I am now a member of a global network of law enforcement who campaign to reform our drug laws.