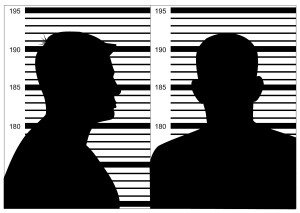 The photo of me after my arrest for heroin possession shows the generic “ugly, addicted criminal.” That was five years — and a lifetime — ago, but whenever it’s republished I feel the same old shame, remorse and dehumanization. Society wants me to.

If there were awards for Worst Mug Shot Ever, mine would certainly be in the running. In 2010, while enrolled as a student at Cornell University, in Ithaca, New York, I was arrested with a large amount of heroin and sentenced to two and a half years in state prison. At the time of my arrest, I was using — as is pretty apparent from the picture — and also selling to support my habit. In my mug shot, my face is blotchy, my hair is all over the place, and I have scabs where I picked at my face while high. It’s pretty horrible. [Substance.com decided not to publish the mug shot, but if you want to see it, click here].

When news outlets ran my mug shot in their coverage of my arrest and trial, some of the comments that it inspired were pretty horrible, too. Certainly I did not expect sympathy, but even so, some of the comments surprised me. People called me a “whore” and “slut” and riffed on the “Ithaca is Gorgeous” slogan, writing, “Ithaca is Whoregeous.” These comments obviously did not stem from the fact that I actually looked like a prostitute; it should have been abundantly clear from the picture that absolutely no one would have paid to sleep with me at that point. The comments were intended as sexist, stigmatizing insults.

When a man is arrested for drugs and has a horrible mug shot, people may insult his appearance but they usually won’t insult him sexually. That is, they’ll say he’s ugly, but they won’t say that he’s got a small penis. With a bad female mug shot, though, it seems OK to make the insults sexual in nature.

Mug shots like mine are dehumanizing. And when we see people as less than human, it becomes easy to lob insults with impunity.

Terrible mug shots are a dramatic appeal to our basest instincts. They’re fascinating in a sort of train-wreck-you-can’t-stop-watching way. The thing is, those mug shots are not of trains, they’re of real people. People who need help. You certainly don’t see that image of me and think, “Wow, we’re so much alike. That could have been me. That could have been my sister/mother/daughter. I hope that person gets help.” You think, “Eww, that’s gross! That would never be me or anyone I know.”

Nonetheless, the “face of addiction” has become its own genre of image. Google the phrase and you will find thousands of faces like mine. The widespread “faces of meth” pictures are the most popular of the bunch. They’ve been used as the basis for fear-based prevention campaigns, and over time they’ve also come to do much harm as stigmatizing clickbait. Sometimes, these images come with a “before” and “after” picture so that viewers can marvel at how disfigured and inhuman a drug addict can become, almost as if addiction were a demonic possession. The truth is that the face of addiction can also be much more subtle, but no matter what it looks like we are all struggling with the same demons.

At the time of my arrest, it made sense that news outlets would run that picture. The thing is, five years later, it still appears in articles about me.

Since my release from prison in 2012, the Cornell Daily Sun, Mic News and, as recently as last week,the Washington Post have all published articles that included that mug shot. I’ve accepted that this picture is something that will continue to hold a somewhat morbid fascination for some people. I don’t hold it against the editors and writers who ask to use this picture. In fact, I get it. Most of the time, they have good intentions; they want to offer a visceral representation of how bad addiction can be. The problem is that they are unwittingly contributing to the stigmatization of addiction.

Usually, the picture is contrasted with a picture of me now. Although that comparison offers a moving comparison between how badly I was doing then and how much better I’m doing now, it also plays on a dramatic visual contrast between “normal person” and “ugly, addicted criminal.”

It’s true that addiction is ugly — but when we contribute to the stigmatization of people with addiction, we make it harder for them to seek help. For most people in an active addiction, it is difficult to admit to the seriousness of the problem. By stigmatizing addiction, we only make it more unlikely that addicts and their families will recognize the need for, and seek out, help. After all, nobody wants to admit that they or their loved ones are part of this seemingly reviled demographic.

Every time I see that mug shot, a part of me wilts. It brings back all the shame, remorse and regret I associate with who I was then. I have to constantly remind myself that that’s who I was then. To avoid obsessing over that image, I have to dissociate myself from the person it depicts.

Living with the shame of a past addiction is something that every recovering addict has to deal with — some more publicly than others. Although the continued use of that mug shot will probably always bother me on some level, one thing it has taught me is that I have a truly wonderful group of friends.

When people I know shared the column I wrote for the Washington Post on Facebook, they all — every single one — chose the “remove preview” option so that the picture doesn’t show in the post. I didn’t ask them to do this. They just did it. To them, I am a real person, not an abstract representation of the face of addiction. Consciously or not, they chose not to contribute to the stigmatization of one face of addiction — the face that they know personally. To them, it wasn’t that I could be their sister, daughter or friend; it’s that I am. Nothing helps defeat the stigma of addiction like actually knowing someone who’s overcome it.

This article was first published by Substance.com. Read the original here.