Hi there. My name is Sarah.

A little over a year ago I was asked to write a testimonial for a website about the experiences I had which in many respects led to me using heroin amongst other drugs: ‘Sarah’s Story‘.

I literally sat down and wrote it in half an hour, I just blasted it down and sent it off. Little did I know at that point how many people would read my story and how it would impact on them. You see one of the main themes I experience when talking to fellow current and ex drug users is that nobody listens to our stories. We are judged from pillar to post with little consideration for what we went through and more importantly it is not recognised that people who use drugs have generally been to hell and back.

So… here is your chance to get your story out there. Sit and blast it down, write from your heart and get it all out there. But most of all write. Please; because if we are to try to change perceptions of non-drug users we need you and your story. We need to be able to say to people ‘look at us as human beings who are trying to cope’ ‘look at us as people who are incredibly strong to endure all the things we went through’.

For the past year or so I have worked with Law Enforcement Action Partnership UK behind the scenes in an advisory role. At LEAP UK the staff are desperate for your story. It is stories such as yours that have the power to open the eyes of individuals who maintain and subscribe to our current drug laws.

It is your story that can humanise the debate and start to educate people who have never been through the things that you and I have in terms of the struggles we have endured and in many respects continue to struggle with on a daily basis.

So please, send us your story, let us know about all of the things you have been through and let us share it with people to better inform policy and above all public opinion. It doesn’t have to be long, 500 words is enough or on the flip side you can write thousands of words. But please, just write something to get your story out there. 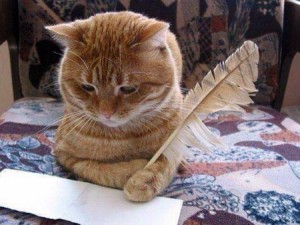 The submission email for stories is support@ukleap.org and we can offer anonymity on your work – your safety is paramount to us here at LEAP UK. You never know, your story could change the mind of even the toughest prohibitionists who believe in criminalisation.

On a personal note, it did me the world of good just to write it down.

I genuinely look forward to hearing from you