You get a mixed bunch in the police. We have those who like traffic, those who like dealing with drugs, some show an interest in firearms, and then we have undercover officers. Although there are some overlaps and similarities, there are some people who work in one niche – their vocation. During your probation, you do a bit of everything initially. 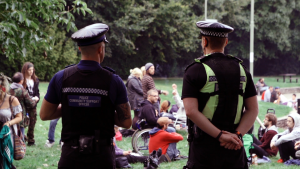 I started in a small town in Lancashire. My sergeant was very traditional in his approach to training probationers. You had to walk the beat, and if you were lucky, you got paired up with another officer after midnight when you were on nights.

During my probation, I was out walking with a training officer when we saw a young man walking down the road. He looked like he had been taking drugs, so we stopped him. He told us his details and explained he had moved from Bolton to try and get off drugs. He had a previous record for burglary, drug possession, and possession with intent to supply. We chatted with him a bit and he went on his way.

The police are taught to do several things regarding crime, arrest people and detect crimes, prevent crime by showing presence and put known criminals under pressure to make them stop committing crime, make them move area, or of course a conviction. At the time this linked in with various strategies used in policing.

The training officer told me I had made a good stop and I should log the encounter with the Intel system – he also said to keep the chap “under pressure and to turn him over whenever you get the opportunity”. Being keen, I did just that, but I never arrested him because I never had grounds to do so.

One afternoon, several months later, I was called on the radio. I was told I had to go to the morgue and help with an identification. I thought it was strange, but didn’t question the fact that there were already two officers in the car. I thought I had been told to tag along to gain experience as a probationer.

On our way there the other two officers were talking quietly, so I couldn’t hear and laughing. One of the turned around and said, “Nic, you know the lad.” He told me the name and I was surprised and said I hadn’t seen him for a while. We entered the morgue and sorted the body out before the mother arrived. He had been found hanging at his home address. This is never pleasant and it is made worse because of the way the body looks as you can’t take the rope (or dog lead in this case) from around the neck until the postmortem. So, we got a sheet and covered him the best we could so only the face could be seen. Whilst we were doing this there was still an occasional giggle from the other officers. Suddenly, one of them said, “Nic, you know you’re responsible for his death?” – I was shocked but asked how I could be responsible? They explained a note had been found with him and he had said he couldn’t cope with the pressure he was under from the police. Two officers were named and one was me. There was supposedly a list of times and dates I had turned him over or stopped to ask him questions. 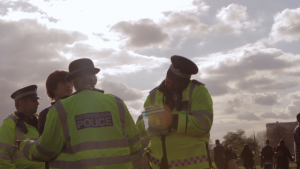 He claimed he had come over to get away from drugs and start a new life. He said he couldn’t do it because the police kept on at him. He claimed he was doing his best to get off drugs and wasn’t committing crime. The young man’s mum turned up. She pushed through the door pulled the sheet back crying out. “Why? Why didn’t you call? You are my son. I love you, why didn’t you ask for help?”

I think that young man will stay with me for life. I don’t believe I was personally responsible for his death, but the drugs policy I was working under does hold responsibility. I did my job based on what I knew about him – but was it a true reflection of who he was? Our current drug laws have casualties, not just the young man who took his life, but his family and friends. As for the mother’s questions? We know the answers: he was a drug user in a world where he felt he had no options.

I’ve seen first-hand why a change in drugs policy is needed for people like this and this is why I advocate reform.