It comes as no surprise to us at LEAP UK that former drugs unit officers are some of the most ardent proponents of drug law reform. In any war casualties fall on both sides, and this is no less true of the ‘war on drugs’ where police officers working hard to make our country safer can become victims themselves in the war they tried to fight. The following account from James Joseph shows how violence that accompanies the huge profits drug-gangs make exploiting prohibition law means that the lives of officers investigating these crimes, and the lives of their families, can never truly be considered safe.

The point of the cold steel knife pressed against my throat, just beneath my Adam’s apple. The pressure of the blade increased, forcing me awake. In that wild moment, not wanting to come face to face with my attacker, I screwed my eyelids tightly shut. In my gut I knew this day would come round eventually but how had the person straddling me and holding the knife to my neck gained entry? I had planned carefully to protect my family and my home. 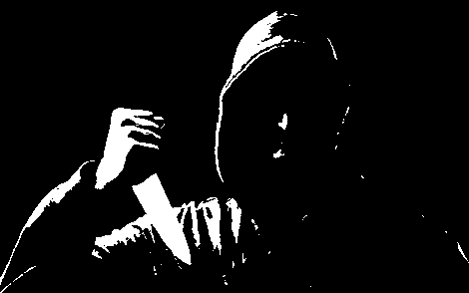 Then the thoughts rushed in. What are they doing to my children in the next room? Would the drug gang torture them? How could I reach the weapons I had stashed around my house? The 12-inch kitchen knife and the hammer hidden only a few feet from where I slept? The crowbar, knife and baton concealed next to the front door and the police radio lying under the bed? All my planning had been a waste of time.

Once I’d been proud to be a police officer. Proud to walk the city streets in uniform. Proud to protect the public who found it difficult to protect themselves. Eight years later I was on the end of a cold knife.

As a young police officer, not long on the job, I noticed several longer haired colleagues walking around the station. They were part of the drugs and licencing unit who investigated low level cannabis supply and public houses who served alcohol after hours. This all looked fascinating to me so after a few years of service I applied to join their unit.

Class A drugs were flooding the streets and the decision was taken to drop licencing investigations to focus on the worsening drugs problem. So instead of joining the ‘hippie cops,’ I joined a newly formed drugs unit. To my horror, along with the increase in trafficking Class A drugs came an increase in violence. The knock-on effect was virtually instantaneous with large numbers of criminals arming themselves for their own protection and to solve their disputes with rivals. It seemed to me that killings had become an everyday occurrence. I got on with the job and arrested several well connected heroin dealers so the leaders of the local drugs gang placed a contract out on my life. This was not especially unusual for our unit but it was a genuine threat that had to be taken seriously. I had to reorganise my life to protect against the possibility of being attacked. After several years of constantly looking over my shoulder and adding many extra miles to my journey to avoid being followed home, the stress took its toll.

The drugs gang who were after me became powerful very quickly. It reads like something from the pages of a thriller but this situation was all too real. With their newfound wealth the drugs gang corrupted police officers and used people within the Magistrates’ Court and within the council to gain information. They even had a British Telecom engineer working for them! My wife had to give up her job in the city when it became clear that I couldn’t keep her safe. She lived in constant fear of what could happen to her just for being married to me. I would pick up chatter here and there. The gang were still looking for me. I had been reduced to nothing. I didn’t trust a soul. To protect my mental health I requested a move away from the city. But the damage was done – hypervigilance had taken over my life and I isolated myself.

After moving to a new station, I applied to become an undercover officer attached to the drugs unit. With hindsight I now realise becoming a UC was the last thing I needed but at the time the thought of pretending to be a heroin addict walking around the streets appealed greatly to the newly isolated personality I had created of myself. I also naively believed I would be able to gather evidence and stop the gang leaders who put a contract out on me from destroying other people’s lives.

It was a strange experience once I started to meet the low level dealers. It began to occur to me that they possessed similar character traits to myself and had also been caught up in the ‘war on drugs’ in a way they had never intended. They were loners who dealt to feed their drug habits or they were boys and young men attempting to create a fearful identity for themselves. The reality is that they were being exploited. Violent criminals used any and every tactic to force these vulnerable or impressionable people to deal drugs for them.

On one operation I was stood in a back street waiting to score when a fresh faced teenager I’d not seen before stamped across to me. He was the dealer sent to serve me the drugs I’d ordered. Without any warning he slapped me across my face, telling me I was waiting in the wrong place. He seemed to know that the more violence he dished out, the more successful and respected he’d become within the drugs scene. One of the thousands of young people who are sucked into this world and have to become ferocious to survive.

Back in my bedroom, sucking for breath beneath the weight on my chest, I felt a teardrop land on my cheek. I slowly opened my eyes and staring back at me, fraught with confusion and fear, was my beautiful wife. Tears rolled down her face. Her trembling hands slowly lifted the knife away from my throat and she explained to me in a terrified voice that she had been having nightmares. This pointless ‘war on drugs’ had claimed yet another victim. Another life that would never be the same again.