Our new podcast has arrived! We’ve finally joined the Distraction Pieces Network and are ready to talk drugs! Here’s Stop and Search, the first episode – and it’s a good one. Have a listen: 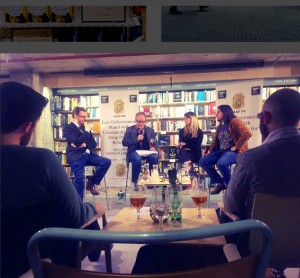 We want to take you behind the scenes and give you access to the conversations that we get to have behind closed doors. It’s important to us at LEAP UK to give you an open-door policy within our travels in drug policy reform.

So here we go! Please do have a listen, rate us on iTunes, download and subscribe – and just generally be part of this!

Our next live show will be on July 12th with a special friend of LEAP UK. Stay tuned for details.

We also have to thank our network boss Scroobius Pip for such a great opportunity to present a new dimension of drug policy reform dialogue, along with Acast, we hope we can give you some interesting and entertaining discussions.