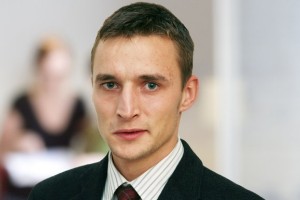 An independent senator has called for recreational drugs to be legalised and for the State to control the sale of substances. Senator James Heffernan made the remarks as emergency legislation was rushed through yesterday to re-ban the possession of ecstasy, magic mushrooms and other drugs.

Health Minister Leo Varadkar indicated that he wants to liberalise aspects of the laws on drugs.

The Dáil and Seanad passed the emergency legislation after a landmark court ruling this week found a key drug law was unconstitutional. The president signed the emergency measure into law yesterday.

Mr Heffernan, formerly of Labour, said the Government could pilot a scheme and issue “substances in a responsible manner to certain people”.

“While all these drugs remain illegal, the profits from their sale and supply go to criminal organisations and spawn every sort of social ill that one can imagine,” he said.

“It may be time for democratically elected governments to get control of that. I see how the issue of alcohol is dealt with in Nordic countries where the sale is conducted by state-owned off-licences, which works very well. Perhaps, it is an idea that can be thrashed out here,” he said.

Senators debated how to deal with drug addiction yesterday, with some calling for the position of a specific drugs minister to be reinstated.

Mr Varadkar said, while he welcomed extra help, this was a matter for the Coalition leaders. He said he was unsure if the post worked well in the past. “By their very nature, ministers of state do not have the type of clout senior ministers do because they are not at the cabinet table,” he told senators.

Mr Varadkar also signalled he wanted to liberalise aspects of the drug laws.

“A number of senators called for a more health- focused, addiction-focused approach rather than a criminal-justice one to deal with the drugs crisis. My own instincts are in that direction too,” he said.

Labour’s Ivana Bacik said debate was needed on the control of drugs.

“We need to examine, in a considered and careful fashion, other countries which have adopted different approaches to the regulation of what we call controlled drugs. Generally speaking, billions have been spent to prevent drug addiction and the drugs trade, but it is not working. We have to look at the whole drug situation and have a national conversation to see where we go in future,” she said.

Mr Varadkar said the Court of Appeal ruling this week would be examined by the Attorney General with “a view to considering its implications and what future amendments to the legislation may be required and whether an appeal to the Supreme Court is warranted”.

Fianna Fáil’s Diarmuid Wilson said discussion was needed on a new national drugs strategy, on supports for addicts and the need to beef up garda resources. There was also concern drugs units were being disbanded. “I would like to have the primary focus of the latter on the Mr Bigs, not the Mr Smalls,” he said.

Originally written by the Irish Examiner