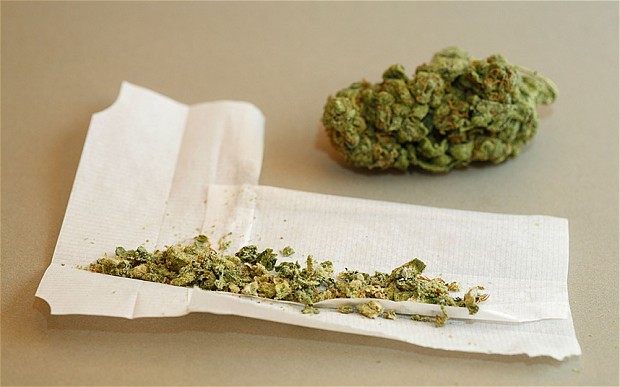 Durham Police and Crime Commissioner Ron Hogg says the force will not proactively target small scale cannabis producers who are growing for their own use.

A police force has given drug users the green light to grow cannabis at home after declaring that officers will no longer proactively target small scale producers.

In a move, which will be seen as a further step towards decriminalisation, Durham Police has said it will only go after people growing and using the drug if there is a complaint or if they are being “blatant”.

While the force has insisted it will continue to tackle large scale cannabis farms and other areas of criminality associated with the drug, those who grow and use the cannabis at home will not be actively pursued.

The move comes in the wake of comments by the force’s Chief Constable, Mike Barton, who has argued that investigating and prosecuting drug addicts is “waste of police time”.

Mr Barton has also called for the decriminalisation of hard drugs such as heroin and cocaine, arguing that if they were supplied on the NHS, addicts would not need to go out and commit crime in order to buy illegal narcotics.

The new approach to cannabis production came from the force’s Police and Crime Commissioner, Ron Hogg, who said that anyone caught in possession of the drug would be given the opportunity to avoid prosecution by signing up to a crime reduction initiative.

Cannabis users who have committed less than three crimes would be eligible for the programme and would only be prosecuted if they failed to comply.

Mr Hogg, a former policeman himself, told the Northern Echo: “Cannabis use is still illegal and smoking it is still a crime, but if you are caught, you will get this opportunity to stop reoffending.

“By and large we are saying it is not the top of our list to go out and try to pick up people smoking joints on street corners but if it’s blatant or we get complaints, officers will act.”

“My position is clear – I support decriminalisation of users and support debate around the use of cannabis for medicinal purposes.

“What we’re trying to do now is push forward for national debate on drugs policy – it’s quite clear that what has been done for 40 years is not working and we need a different approach.”

However, Simon Stephens of North-East drugs charity Addiction said the move towards decriminalisation was irrelevant from a health perspective.

He said: “Cannabis is still implicated in psychosis and mental health problems so from our perspective, legal or illegal makes no difference – it can be detrimental to health just like alcohol.”

This article was originally written by Martin Evans for The Telegraph.