We want to hear from you. The reasons for drug law reform are too numerous to fit into a succinct blog post. This is quite literally true. From the fiscal arguments, as we’ve just seen from a leaked Treasury report on cannabis, to the international ramifications of drug prohibition, we comprehensively know that current drug laws serve to muddy society; drug prohibition is a quagmire at its foundation, and building upon this to try and forge a better society is flawed to its very core. Over the last few decades, we have convinced ourselves that the logical fallacy of punitive drug laws is the correct way in which to swaddle communities in a cloak of protection. The criminal justice system now serves to protect society from itself, preemptively, and somewhat zealously. When you strip back all the arguments, only one is really needed  – and it’s the one that we don’t tend to pay much attention to. 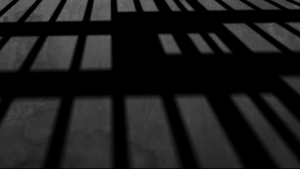 Human Rights has become a subjective and knotted term. We’ve perhaps become complacent to the realities of individual and collective responsibility. Drug policy needs reform. The academic evidence is severely weighted towards ending the criminalisation of those that simply choose to consume certain substances. When the law seeks to prevent risk by adding more forms of harm, then logically, something has gone awry.

The speakers at Law Enforcement Action Partnership are perhaps in the best place to convey the realities of a ‘drug war’. This conceptual language of a war has taken literal overtones as drug laws usher in an age of degraded culture. As former and serving police, LEAP has seen first-hand the divide between the police and communities – and of course, racial prejudice runs concurrently with our drug laws. Vulnerability is an insidious symptom of our punitive approach to drugs; it’s not the drugs themselves we seek to control, but individual and cultural behaviours. 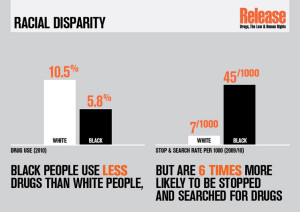 The UK has become complacent and intransigent, anchored to a belief system that is ever increasingly sinking into that quagmire, and we are allowing the sacred arc of community to plummet with it. The police force act as a layer of protection, they should be safeguarded from falling into a trap of becoming a layer of persecution instead of protection. Whether you’re a non-problematic consumer of drugs that aren’t on the state’s permitted list, or someone that does need help to address a creeping dependency, the law is not, and never should have been intended as the arbiter of health. 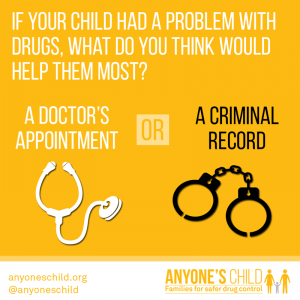 Image from the Anyone’s Child Campaign

LEAP UK speakers all have personal tales of their time in law enforcement; they have all seen the reality of drug law fall-out. This is not a conceptual debate. The militarised language – such as ‘drug war’ – takes on a stark realism. Every so often, something comes along that paints the perfect picture of authenticity to display just how perverse our drug laws really are. It’s fair to say that LEAP members signed to the police force to make a positive difference to their communities, to protect the vulnerable and to help, not harm. If there’s a piece of writing that viscerally makes the case that law enforcement is not the appropriate intervention for lives that have been touched by drugs, then it’s this piece, ‘Sarah’s Story’. We at LEAP UK want to hear from you. We want your stories on how UK drug laws have impacted your lives. Your testimony is invaluable to our work: There’s a reason that when police say ‘end the war on drugs’ that you have to ask us why.

Please read, in her own brutally honest words, ‘Sarah’s Story‘ – written for and published by The Squat.

We want to hear from you. Have you been impacted by UK drug laws? Please contact us and let us know. All correspondence will remain strictly confidential.