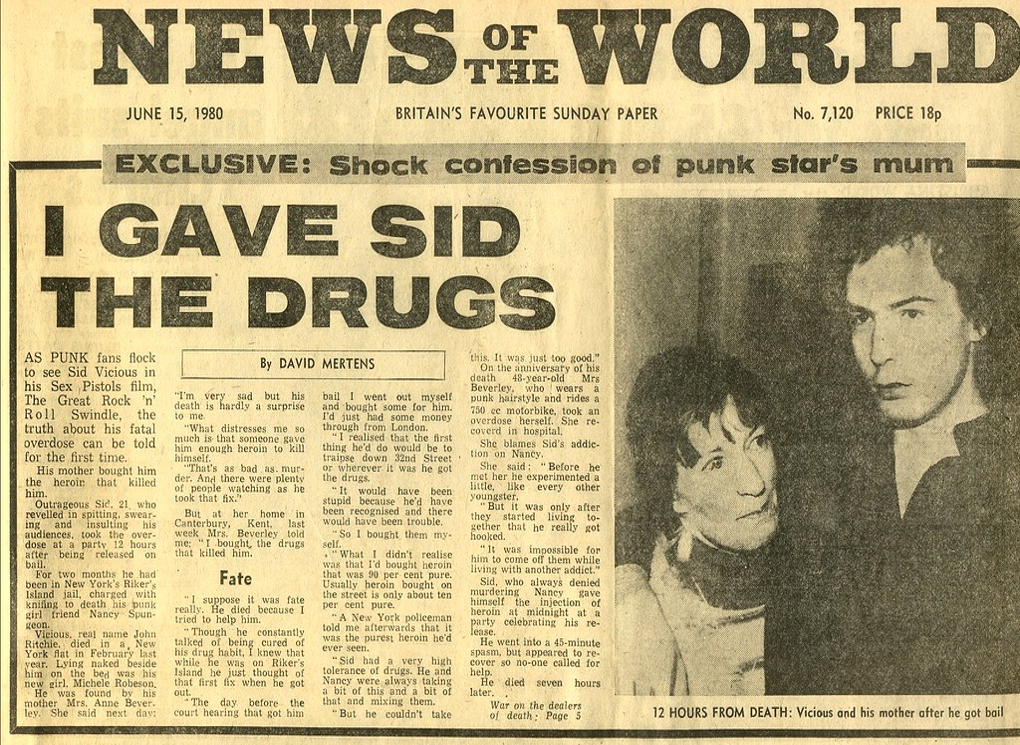 A taboo subject that guaranteed to sell sensationalist newsprint.

Has that got your attention?

I bet it hasn’t. At one time drugs was a taboo subject that guaranteed to sell sensationalist newsprint but was not something talked about all that often in polite conversation. Now, however, it seems like everybody is talking about drugs. Today’s media is packed with stories, investigations and discussions in a way it never has been before. Every angle and opinion is covered.  Articles about record-breaking drug busts. Investigations into medical cannabis. Exposes on the dire state of recovery services. MPs doing drugs. More MPs decriminalising drugs. Tragic stories about personal suffering. Lives lost to addiction. Children lost to gangs. Psychedelic cures for PTSD. Pill testing at festivals. Venture capitalists eyeballing future millions. In drug reform circles we have always been fond of pointing out that drugs are never going to go away. Well, we were right – they haven’t gone away. Instead we have record levels of prison incarcerations and, even more tragically, a record number of drug deaths. In the face of these two realities I sometimes wonder how much progress we have really made.

We are hugely fortunate, of course, that the conversation has advanced. We are indebted to journalists and TV producers who take on these stories with a personal ambition of contributing to making a case for change. I spoke to one such producer recently and I asked him what his news team’s position was on changing our drug law. “Well, we’re doing the story, aren’t we?” And that, it seems to me, is where drug law reform is at in the current time. Storytellers are telling the story. Academics and industrialists are holding conferences every other week extolling the virtues of change. Inboxes are filling with invitations to sign one petition or another – most of them do very well. In fact, TV sofa shows are finding it increasingly difficult to find someone, in the interests of balance, to reject drug policy reform in its entirety. That’s why the usual handful of suspects get booked over and over and over again, repeating worn-out arguments to champion a criminalised drug policy that has spectacularly failed in its singular intent to ‘control’ drugs.

And what we have are words and more words. If you want to get philosophical about it, I am here adding even more words to the very long list. But (and you’ll have spotted where I’m going with this) what we don’t have enough of is action. Personally, I am growing weary of the drug law reform conversation going round and round in circles, while reformers are neutered by legislation preventing them from doing what needs to be done. Meanwhile government policymakers are self-congratulatory, satisfied they have maintained the party line – tough on drugs, don’t give in to criminals. It’s what the public want, don’t you know? 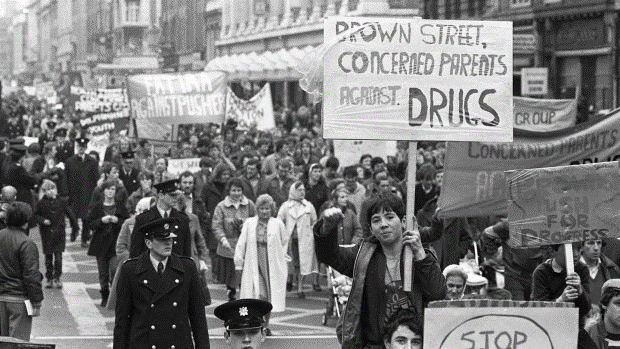 What the public really want is to keep their children safe.

The solution to all of these wants and desires is out there, debated on every channel and in every newspaper. The evidence is already in. It may be that individual voters to not understand the nuts and bolts of the subject to know what will make a difference. They may not know that Drug Consumption Rooms reduce fatalities and minimise associated drug-related harms that affect the communities they cater to. They may not know that photo ID regulations have more chance of dissuading their teenage children from trying a potentially dangerous substance than the threat of a criminal record ever will. But our politicians know. They already have the answers, furnished to them time and again by reports and advisors and thousands of advocates with lived experience. They know what policies will make a difference – at the moment they are still refusing to implement them.

For the record, this is what we need: we need boots on the ground providing social welfare services and recovery services, we need scientists and medical professionals and licensed manufactures producing safer, regulated drugs. We need legal distribution chains. We need regulators providing oversight. We need educators providing honest, unbiased information and being that trustworthy adult that a young person can come to for advice without fear of retribution. To attract all of these people and services we need a concerted campaign aimed at reducing stigma and we need a whole new vocabulary to legitimise a fully-functioning drugs industry. And before all that, we need pioneering lawmakers to lead the way. We need policy experts who consult with real communities to develop social equity programmes, righting the wrongs of policies that inflict incredible damage on lower socio-economic groups and have led to a breakdown in race relations. This is no longer about winning and losing at the ballot box. It is not about moralising and pearl-clutching. It is about creating a shift in thinking across the entire country, and internationally, that permits and supports a whole industry to take action because it is the right thing to do. Because it is the just thing to do. Then we need journeymen to take up the policy and run with it. We need Councillors and teachers and doctors and even bank managers to work towards the common good to reduce harm and save lives. Anyone who is in reform for the pot of gold waiting at the end of the rainbow need not apply. There is a saying in drug law reform – if you are not working to put yourself out of a job, then you’re not doing it right. We need humans working for humanity. With a common purpose to keep each other safe regardless of social status or financial situation.

Drugs should never have been a policing issue. Don’t just take it from LEAP UK – we are a voice representing law enforcement on this issue and we have skin in the game but don’t rely on us. Ask any senior police officer. Buy them a drink at the local golf club and ask them the right questions – Has your force reduced drug trafficking in your area? Have they reduced the drug harms in your area? Have they reduced the drug deaths? Invariably they have not. Prison numbers are going up so arrests are being made. Drugs are seized by an ever-increasing tonnage that looks great on a police report but also demonstrates that seizures have no impact at all on supply-side activities. And drug deaths continue to rise. Who exactly are we keeping safe? Officers charged with policing our streets talk about a never-ending cycle of drug crime. Something needs to change. 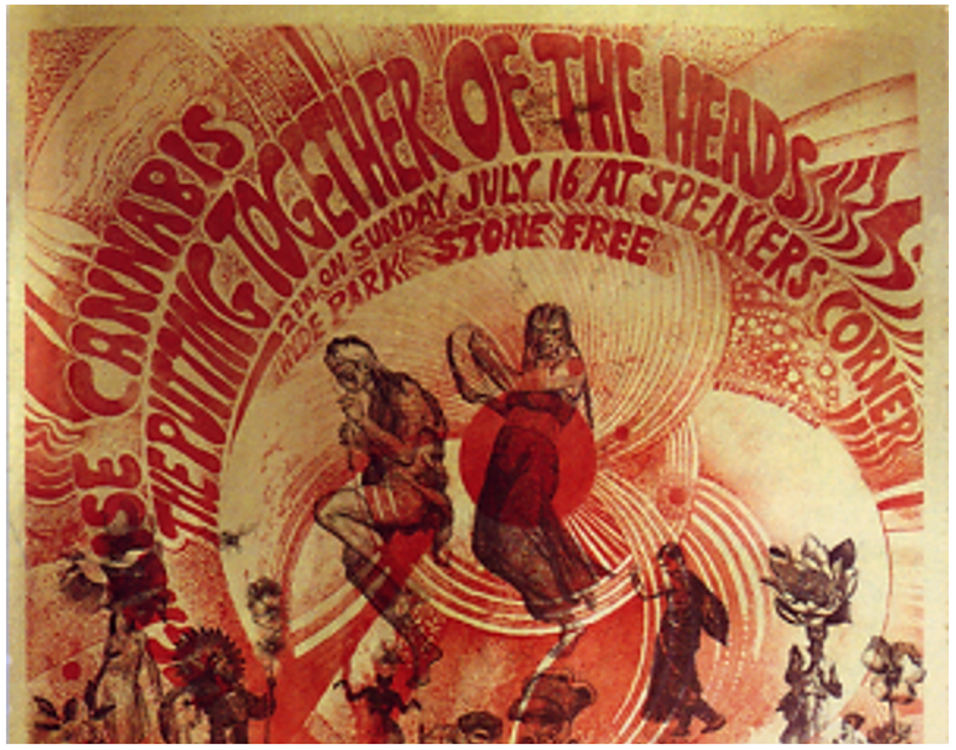 The long history of reform – a 1967 legalise cannabis protest was advertised in The Times.

So while I am grateful for all of the kind words and sensible conversations and enlightened reporting, I am also frustrated by them. It is true that 100 years of words got to us to where we are today and we were lucky to have them. Brilliant people pushing back against dangerous, dehumanising laws and attitudes that ran from the UN all the way down to cops on the beat, feeding on the fears of parents and families and community leaders across the planet. But the time for words is over. The evidence is in. Now it is time for action.