We’re hosting a live event at Tottenham Court Road’s Waterstones – and we really want to encourage interactivity. The podcast, which we’re hosting under Scroobious Pip’s Distraction Pieces network, will be recorded live and then released on Acast and iTunes in the coming weeks. 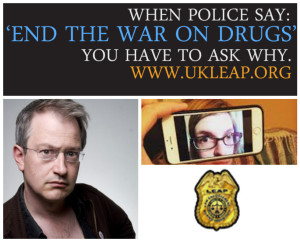 Our first panel is superb. We’re delving into the science within our drug laws. Joining us will be broadcaster, comedian and science enthusiast, Robin Ince. We also have the Guardian science blogger Dr Suzi Gage, and if that’s not enough we have Simon Oxenham, better known as the superb Neurobonkers.

It may sound cliche and like a Saturday night light entertainment show, but we really do want to hear from you. So if you have questions, comments, or ponderings for the panel, then email us on support@ukleap.org or give us a tweet @UKLEAP.

Or you could of course join us live on the night – book tickets and see details on our Eventbrite link: