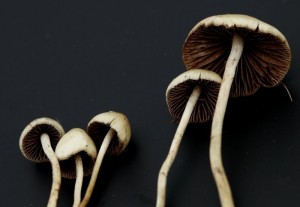 Psychedelic drugs including LSD and magic mushrooms are much less harmful than has been claimed, and should be reclassified to make it easier for scientists to research their potential benefits, a leading psychiatrist has said.

Promising medical research into psychedelics ground to a halt as long ago as 1967, when they were made illegal amid widespread concern about their psychological and social harms.

However, writing in the BMJ, psychiatrist Dr James Rucker, said that no evidence had ever shown the drugs to be habit-forming. There is also little evidence of harm when used in controlled settings, and a wealth of studies indicating that they have uses in the treatment of common psychiatric disorders, he said.

Researchers are beginning to look again at how LSD and psilocybin – the active compound in magic mushrooms – might be of benefit in the treatment of addiction, for obsessive compulsive disorder and even, according to one small Swiss study, to alleviate the symptoms of anxiety in terminally ill patients.

However, larger trials are “almost impossible”, Dr Rucker argues, because of the “practical, financial, and bureaucratic obstacles” imposed by the drugs’ legal status.

In the UK, magic mushrooms and LSD are class A and schedule 1 drugs. Institutions that wish to conduct research require a licence of £5,000 to hold the drugs, and only four hospitals in the UK possess one.

The small number of manufacturers willing to produce the drugs must also comply with international regulations, leading to hefty charges for researchers wishing to acquire the drugs, with one manufacturer quoting a cost of £100,000 for 1g of psilocybin, according to Dr Rucker, of King’s College London’s Institute of Psychiatry, Psychology and Neuroscience.

“These restrictions, and the accompanying bureaucracy, mean that the cost of clinical research using psychedelics is five to 10 times that of research into less restricted (but more harmful) drugs such as heroin – with no prospect that the benefits can be translated into wider practice,” he writes.

National and international bodies should reclassify psychedelics as a schedule 2 drugs, he argues, “to enable a comprehensive, evidence based assessment of their therapeutic potential”.

In the UK, drugs regulations are the responsibility of the Home Office, which takes advice from the Advisory Council on the Misuse of Drugs.

A former chairman of the council, Professor David Nutt, who was dismissed after saying that LSD and ecstasy are less harmful than alcohol, is currently conducting research into psychedelics’ effects on the brain. His team at Imperial College London are the first in the world to conduct brain scans on people under the influence of LSD.

An outspoken critic of the restrictions around studies of psychedelics, Professor Nutt has compared the repression of such research to the censorship of Galileo and the banning of the telescope. Amid difficulty securing funding, his team recently announced they would have to crowd-fund the next stages of their research.

Minister for Policing, Crime, Criminal Justice and Victims Mike Penning said: “Drugs are illegal where scientific and medical analysis has shown they are harmful to human health.

“Psychedelic drugs destroy lives, cause misery to families and communities, and this Government has no intention of decriminalising them.

“We have a clear licensing regime, supported by legislation, which allows legitimate research to take place in a secure environment while ensuring that harmful drugs are not misused and do not get into the hands of criminals.”

This article was originally written by Charlie Cooper for The Independent.