The ‘War On Drugs’ Game by Martin Blake *

For all our responsibilities to enforce the prohibition laws, police are often a forgotten voice in the drugs debate. We see the consequences these laws inflict on communities and families. And we, as police men and women, as police families, are not immune to having our lives torn part in the fallout from the war on drugs.

All of us can be proud of the reputation the British police service enjoys across the world and we all know of some truly amazing people who have served in our ranks. I can think of some incredible officers who have joined in the last few years. And I will do anything in my power to make sure the corruption and confusion created by the drug war does not crush these officers as it has done to many in the past. 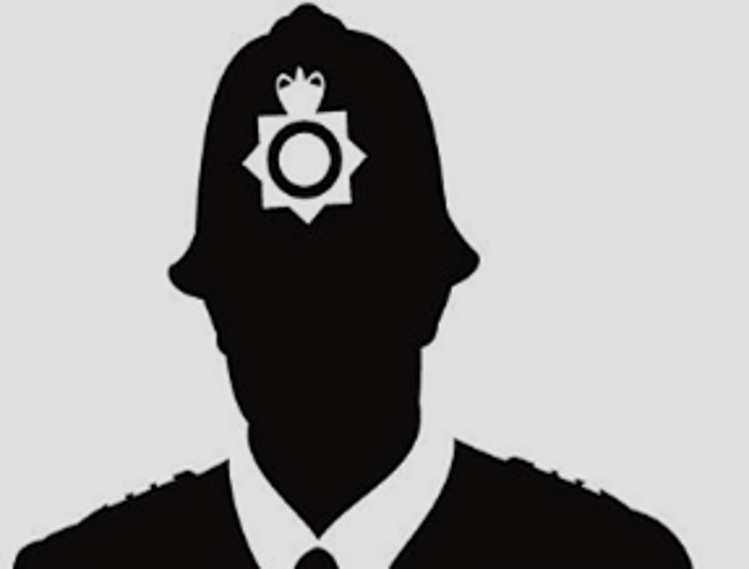 During the late nineties I joined a drugs unit based just outside Manchester. On the first day driving to meet my new unit, the song Gangsta’s Paradise was playing on the car radio. “I hope not”, I thought to myself. Drug squads were kept very busy in Manchester at the time. When heroin and crack cocaine appeared onto the streets of Moss Side ten years earlier, everything erupted and there were daily shootings. Gangster life might be considered glamorous by some outsiders or by the press but it is frightening and disturbing for the people who have to live with it.

On one occasion my attention was caught by several males I observed leaving a public house. Every one of them was a recognised face in Manchester’s gangland. Any of them on their own would frighten a person but to witness them together gave me serious cause for concern. This was going to be bad news. I realised the group, composed of the city’s most violent criminals, had joined forces to control Class A drugs in Manchester and to take over the established illegal drug networks in surrounding towns.

In only a few days after my sighting, the gang had already become everybody’s worst nightmare. I responded to a few incidents where people had been chopped up by males brandishing machetes, stabbed and shot. The lives of the victims’ families and residents living in the area would never be the same again. One morning near the beginning of the wave of violence, our unit was sent to search a known drug dealer’s address. The front door proved hard to force open and before we managed to gain entry the occupant threw himself out of his own first-floor bedroom window. I ran downstairs to where the man lay on the ground. His leg was broken and he displayed cuts to his face caused from the jump. When I identified myself as a police officer, he replied, “If knew it was you lot, I would have opened the door!” This guy thought the gang had paid him a visit to force him to work for them. Under his settee he had stashed a loaded revolver, ready to use. The lower-level criminals were arming themselves for protection but this man’s fear was so intense, even with a loaded gun he didn’t feel safe. Ruling through intimidation, the gang who I identified leaving the public house that day had hundreds of teenagers supporting them. All young lads who wanted to be accepted by the higher-ups and were willing to do anything asked of them. It felt like a dark cloud hung over the city and, from this point, the war on drugs was unmanageable.

In the beginning it was easy to spot the heroin and crack dealers. Over the first few years I removed lots of their number from the streets and it had not gone unnoticed by the gang’s leaders. I received several death threats that I knew I had to take seriously. I had no other choice but to transfer to a new workplace.

My new unit was a good a team and we worked hard to make life very difficult for dealers and drug traffickers. I suppose I imagined the war on drugs would have made huge leaps forward as time went on but ten years later and it began to feel like we weren’t making any progress at all. In fact, we were moving backwards.

An incident happened on one operation that made me question the police’s role in fighting the endless drug war. I was working undercover as a buyer. I walked the streets of a northern borough trying to buy heroin and crack cocaine. As I shuffled along the roar of a high-speed car approaching rapidly behind me broke the normality of everything. A silver Ford Focus slammed on its brakes and skidded level with me. From experience this would either be drug dealers in a hire car or cops. Two males in their twenties pounced out of the vehicle. I could see they were plain clothed police officers, who wore body armour over their sweaters, with radios and handcuffs attached to their body armour. From their body language it was clear they intended to take control of me.

The officers demanded I lean against a wall while they searched my clothing. They accused me of being a burglar who they had arrested in the past and accused me of having track lines on my arms, saying I must be injecting heroin. My arms had no marks on them. It appeared the officers were inventing grounds to justify their search. It was the middle of winter but the officers still ordered me to remove clothing down to my t-shirt. The freezing weather left me with flu for the rest of the operation. As the officers searched me and threw my clothing on the floor, another unmarked car pulled up with four more plain clothes officers inside. One of them took over the search of my clothing, pushing my body into the wall. Unable to find anything to arrest me for, the leader and Sergeant of the group seemed frustrated. He warned me that “we would meet again”. Several officers appeared uneasy about the search, but they knew what was expected from them. The six cops scrambled back into their vehicles and disappeared. No grounds for suspicion, no paperwork, no procedure. I found out later this team belonged to a newly formed plain-clothes unit and appeared desperate to prove themselves.

At first I hated those police officers for the domineering way they treated me. It burned me up. But on reflection, it wasn’t the officers I hated. They were colleagues and fellow human beings. What I hated was the game they played inside their minds, this game being the war on drugs. Of course, they wouldn’t have treated me like that if they had known I was also a cop. Spurred on by the media and government targets, they had come to think of people with drug addictions as lowlifes. In their game they were the good guys protecting the world from unrepentant criminals.

The police knew no better then than we did when I first started investigating drug dealers in the nineties. Why after ten years were the police still searching a person, namely me, just because they believed I was a drug addict? The real criminals understood police tactics and had distanced themselves away from risky street deals. With the serious gangsters out of sight, these plain-clothed officers were scratching around to get arrests, which resulted in them searching anybody who looked like they might have a drug problem, hoping to make a quick arrest to keep the numbers up. This scratching around the bottom of a barrel should be an indication that prohibition has run its course. When the operation ended, I wondered if society had been improved by my actions. The dealers I gathered evidence on were problematic drug-users themselves, dealing to pay for their own habit. Or else they were young, impressionable teenagers dreaming of the gangsters’ paradise. The real criminals were far away from it all, both figuratively and literally. Sometimes they took an initial order hundreds of miles away from where the illegal deal took place.

Working undercover, you get to see a different side of policing. One morning the operation team were laughing and informed me how a member of the public had telephoned the police saying, “A white rat is walking around the streets. He is a drug addict and buying drugs.” This white rat was me and, in my guise as a heroin addict, it was an apt description. I skulked around for hours on end waiting for street dealers to arrive. I was hounded by police, mistreated by the dealers, poached by other dealers and despised by the public. I had no choice but to loiter around the filthy streets in a world where everybody I met tried to control me. 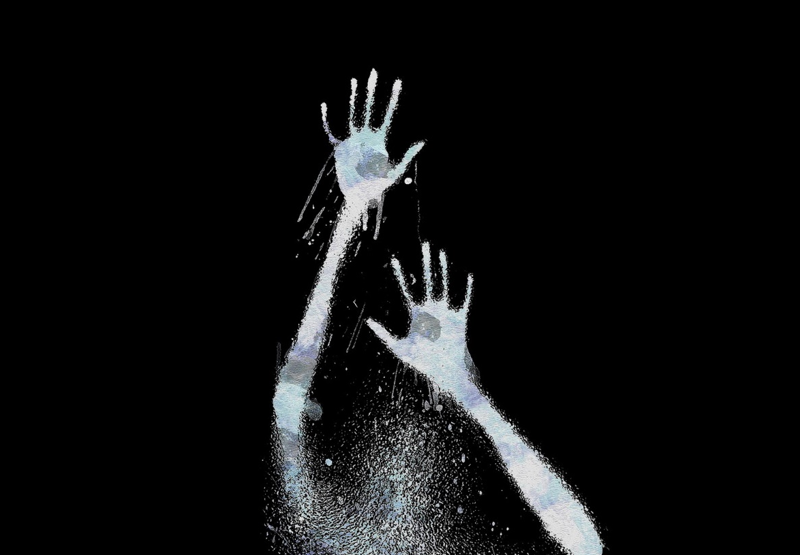 Now another ten years has past. Police have realised the war on drugs is not working and many forces have removed their proactive drugs units. Also, due to the lack of resources, uniformed neighbourhood officers have been withdrawn from the streets. Lots of drugs intelligence is not being acted on and the lack of police officers means crimes are not being recorded. This reduction in the number of recorded crimes gives a false impression that the streets must be safer when, in fact, they are anything but.

During my time playing the war on drugs game I have seen people shot, kidnapped and assaulted. I’ve seen vulnerable problematic drug-users who committed suicide after being forced to deal to feed their addictions. I’ve seen fellow police officers sent to jail after becoming corrupted by drug-gangs. I knew an undercover officer who became addicted to heroin and was sent to jail for stealing to raise money for drugs.  All this has happened while the most violent members in our society were rising in the hierarchy of Organised Crime and becoming very wealthy.

Something needs to change, my concern about our cities and towns becoming the gangsters’ paradise has become a reality. The only way to end the gangsters’ run is to take away the businesses they defend with violence and intimidation; and the only way to do that is to end the war on drugs and replace the black market created by prohibition laws with a legal, evidence-based, regulated drugs market. The officers who stopped-searched me and the officers who have recently joined the police will finally be able to play the game of protecting life and property and finding pride in their role again as traditional uniformed neighbourhood officers. Then, through honest, open communication, they can start to rebuild trust and work together with the communities they police.

* The author’s name has been changed to protect his anonymity.