(This article was originally published in Filter* on 24th April, 2019)

Police are very, very good at catching drug dealers, but that’s part of the problem,” says Neil Woods, a former undercover drugs detective who is now the chair of Law Enforcement Action Partnership UK (LEAP UK). “Police never reduce the size of the market, but they do change the shape of it.”

Law enforcement ranks here in the UK are increasingly voicing their dissatisfaction with having to police the so-called War on Drugs—in the face of all available evidence about its outcomes and despite our children being caught in the crosshairs.

Yet lurid misallocations of blame are splashed across our newspapers every day. Faced with the all-too-real British problem of rising knife crime among young people, Cressida Dick, London’s Metropolitan Police Commissioner, claimed recently that middle-class cocaine users are partly to blame for drug trade-related stabbings and murders, and have “blood on their hands.” Meanwhile “county lines” networks exploit thousands of children, sometimes as young as 11, to transport and sell illicit drugs in rural towns many miles away from their homes and families.

It may make simplistic sense to blame people who use drugs for drug-related violence and exploitation: Without demand there would be no dealers, no gangs, no drugs, goes the logic. Why should police take any responsibility? They are law enforcers, after all, not lawmakers.

Fortunately, growing numbers of police and members of the public are seeing through this. In an article published by Police Insight, Woods argues that drugs policing itself has shaped—for the worse—the landscape in which we now find ourselves.

He points out that policing incentivizes the recruitment of children into drugs gangs to act as a buffer between police and adult dealers, reducing dealers’ risks. He argues, too, that while sizeable drug seizures make great fodder for police communications teams on social media, they do not actually make our streets any safer. The reverse, in fact, is often true: An arrest of a drug dealer at any level creates a power vacuum that sees violent crime increase “as the newly emerged business opportunity is fought over.”

By failing to reduce crime and, arguably, directly encouraging its growth, Woods contends that our harmful response to illegal drugs breaches the very foundations of modern policing, as set out by Sir Robert Peel in his famous Principles.

Woods, who has written for Filter about the severe psychological impact on many police who are required to fight the drug war, reports that many officers privately share the view that hours and hours of diligent policing have a negligible impact on illicit markets and do little to stem associated violence. This groundswell of police opinion was demonstrated by a summer 2018 statement from the Police Federation of England and Wales, calling for a “public debate” on the future of drugs legislation.

So, if police already know they are not winning the battle to reduce drug-related crime, what else are they doing about it?

Law Enforcement Action Partnership (LEAP) is an international organization of former and serving police and law enforcement professionals who advocate for policies to reduce drug harms. We support the legal regulation of all drugs to take control of the illicit industry, allowing its beneficial regulation by governments and public health professionals.

Campaigning under the banner of LEAP UK, our British chapter of the global NGO includes such notable figures as retired Chief Constable Paul Whitehouse—who co-authored a British Medical Journal article which in turn led the BMJ in making its own editorial call for the full regulation of drugs—as well as former MI5 Intelligence Officer Annie Machon, and the current Police and Crime Commissioner for North Wales, Arfon Jones. Add to this list an EU “Drugs Tzar” and military personnel and police officers of every rank from Special Constable to Chief Constable, and you begin to see the caliber and experience of an organization whose members fought the War on Drugs and came to know its futility. 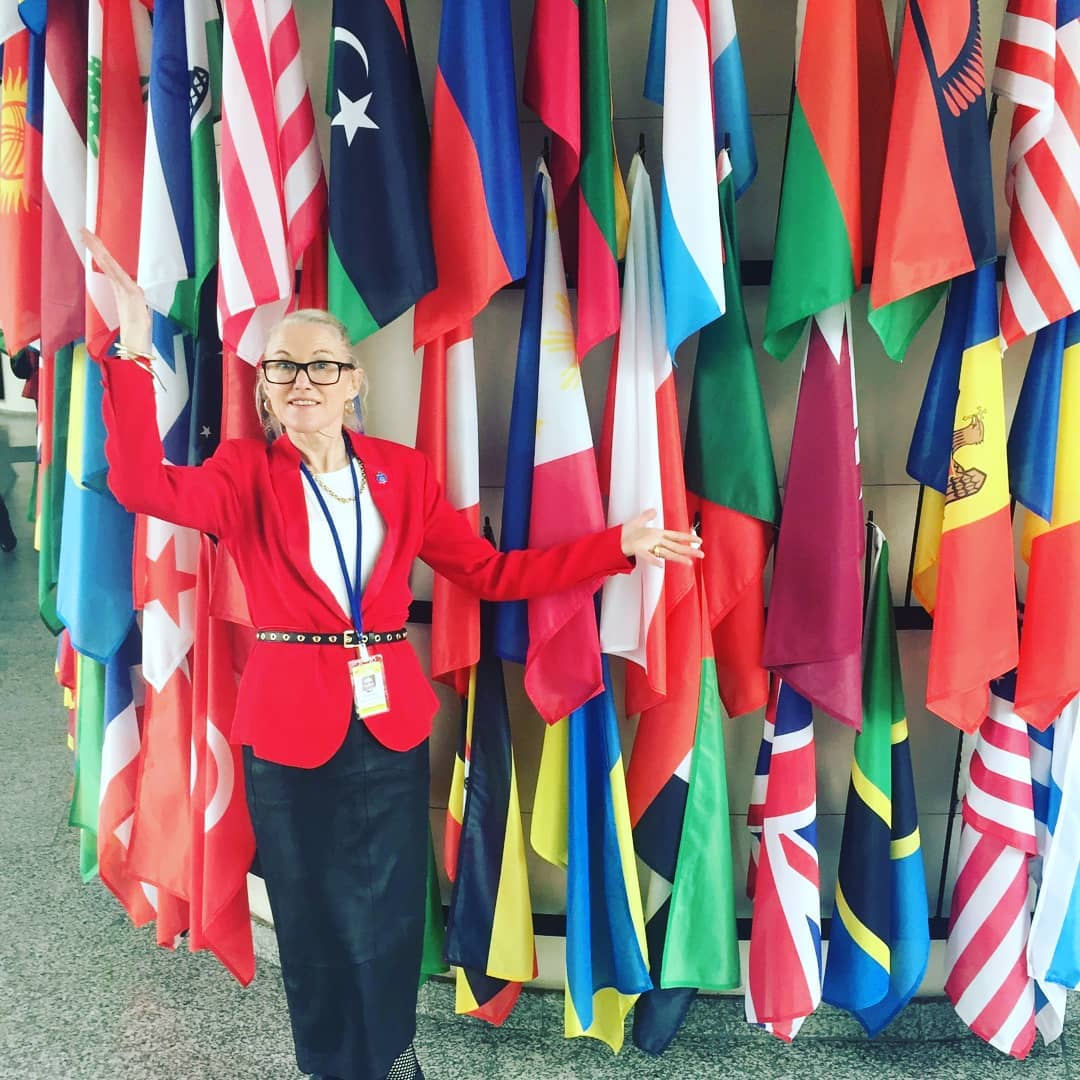 In March, LEAP partnered with the Centre for Law Enforcement & Public Health (CLEPH) to deliver a statement to the UN’s 62nd Commission on Narcotic Drugs (CND) in Vienna. The Police Statement of Support for Drug Policy Reform calls for “more humane drug policies” to replace laws that have led to mass incarceration in countries like the US and countless human rights abuses, including extra-judicial killings, by many governments in other parts of the world.

The statement was delivered by Neil Woods, Suzanne Sharkey, a former undercover operative and now vice-chair of LEAP UK, Peter Muyshondt, Chief of Police for Antwerp Lokale Politie, and serving Police and Crime Commissioner of Durham, Ron Hogg. They all believe that drug policing unfairly targets some of the most vulnerable in our society, leaving many unable to gain access to health, social and welfare programs.

Expectations had been raised for a shift in position from the CND towards a more public health-focused Global Drugs Strategy; in January, the UN’s Chief Executives Board, representing 31 agencies including the UN Office on Drugs and Crime (UNODC), adopted a common position on drug policy that endorses decriminalization of personal possession and use. Although the many countries participating in the CND session were not able to reach agreement to endorse that shift, there were positive takeaways and hope remains strong for future reform.

An estimated $100 billion is spent each year on the global enforcement of drug prohibition. Can police, who are trained to follow evidence, honestly say this is money well spent?

Drugs are still freely available in most communities. Drug-related deaths continue to soar in numbers that directly correlate to the draconian depths of a country’s drug laws. Organized crime groups have become so rich that they can destabilize entire governments. Very few communities anywhere in the world are untouched by the ravages of the drug war—and the millions of casualties include drug users whose health is threatened by unregulated supplies, victims of violent crime, and victims of the harsh enforcement and human rights abuses that are ostensibly meant to shut down illicit markets but obviously fail to do so.

The Police Statement of Support for Drug Policy Reform is a clarion call to law enforcement and politicians everywhere to stand up for communities by speaking out against a war on people that should never have been fought. 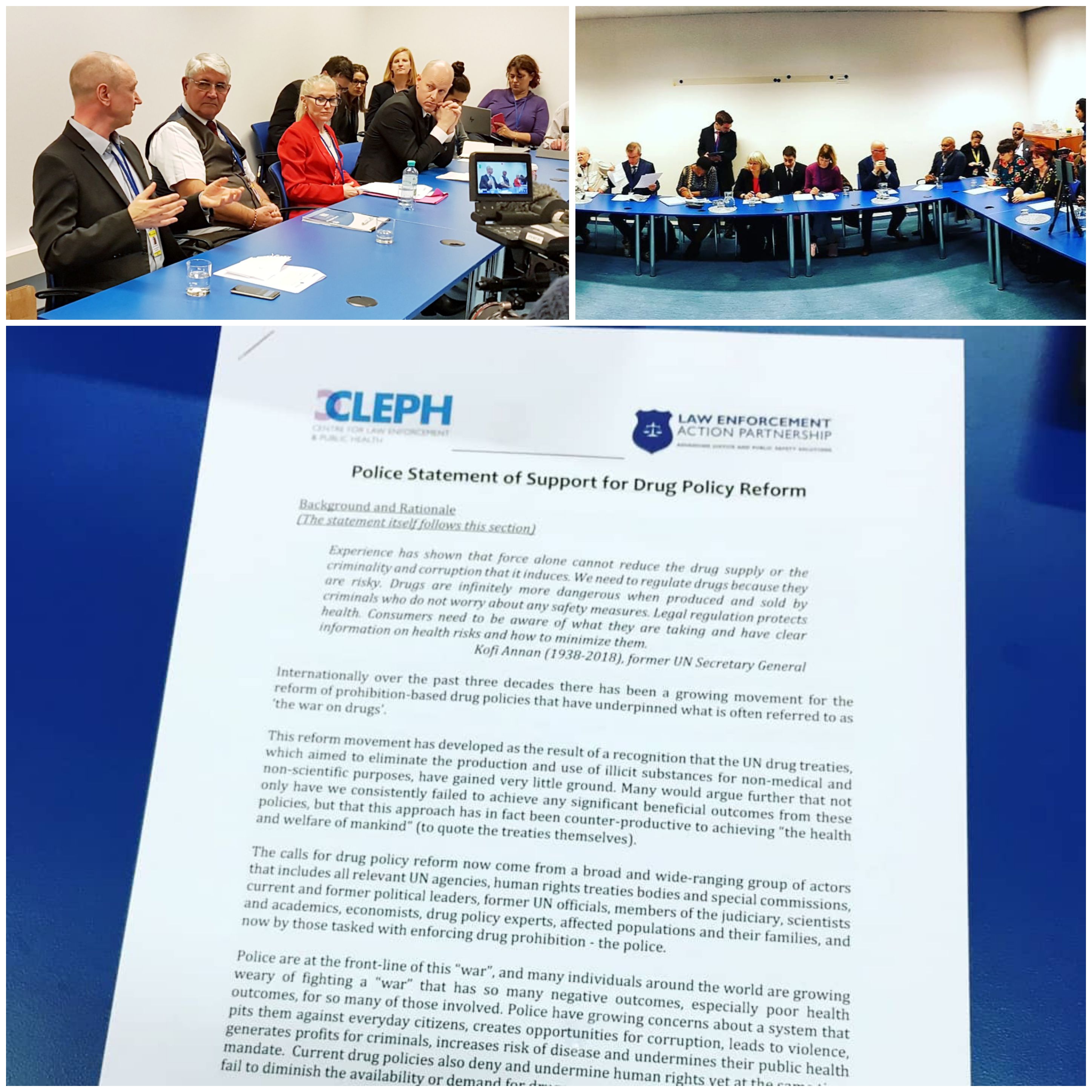 *Filter is a US based online magazine advocating through journalism for rational and compassionate approaches to drug use, drug policy and human rights. Follow them on Twitter @Filtermag_org.