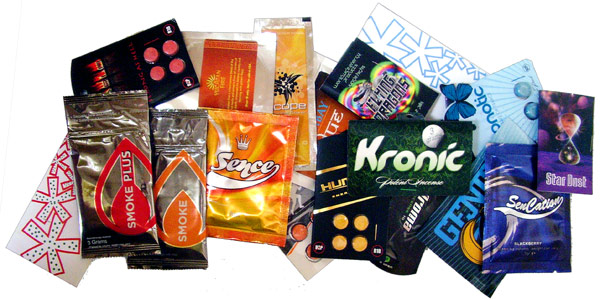 Councils across England and Wales have called on the government to introduce a ban on the sale of legal highs.

The Local Government Association (LGA) said current legislation was “not fit” for tackling the growing numbers of deaths linked to the substances.

It wants the policy to be included in next week’s Queen’s Speech at the opening of Parliament.

A Conservative spokesman declined to comment but said a blanket ban featured in the party’s manifesto.

Legal highs, described officially as new psychoactive substances (NPS), have been linked to a number of deaths from misuse.

They are not controlled under the Misuse of Drugs Act, although individual substances, such as mephedrone, have been outlawed.

The LGA, which represents more than 400 local authorities, called on the Home Office to follow legislation introduced in the Republic of Ireland which bans the sale of all psychoactive drugs.

“Nobody can be sure of their contents or the effects that they could have.

“At the moment, as soon as one is outlawed, another one with a slightly different chemical composition appears.

“We can’t allow this to continue.”

Several deaths in the UK have been linked to legal highs.

Earlier this month, an inquest found that father-of-three Thaker Hafid, from Cardiff, died after taking a legal high bought online from China that was five times stronger than heroin.

Legal highs are commonly sold online and in the high street in “head shops”, where drug-taking paraphernalia is sold alongside legal high powders, pills and liquids.

Asked whether it would be more dangerous to put these products in the hands of criminals, Councillor Peter Fleming, of the LGA, said people were dying and getting serious mental health problems from them

“These are not safe drugs and should not be sold on the high street,” he told BBC Radio Four’s Today programme.

The LGA said councils spend £830m a year on tackling drug and alcohol misuse, with legal highs seen as a growing problem.

What are legal highs?

Legal highs are psychoactive drugs which contain various chemical ingredients,some of which are illegal and others which are not.

They cannot be sold for human consumption, so are often marketed as incense, salts or plant food.

Normally sold as powders, pills, smoking mixtures, liquids, capsules, or perforated tabs, they are designed to mimic the effects of illegal drugs such as cocaine and ecstasy.

In 2010, Ireland made it an offence to advertise, sell, supply, import or export a psychoactive substance, in an attempt to tackle a proliferation of “head shops”.

Legal substances which affect the brain’s chemistry, including caffeine, alcohol, tobacco and prescription medicines, had to be exempted.

Lincoln became the first local authority in England to ban people from taking legal highs in public within the city centre, a move recently followed by Taunton Deane, Somerset.

Other councils, such as Newcastle, have used licensing powers or trading standards regulations to restrict sales.

However, legalisation campaigners have previously argued further enforcement does not deter people from taking drugs.

A 2014 Home Office report found “no obvious link” between tougher laws and levels of drug use – although the prime minister said the research did not offer “specific conclusions”.

This article was originally published and written by BBC News