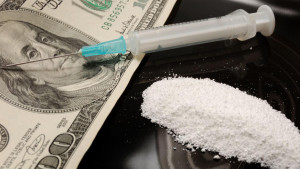 Four young adults in the UK recently died after reportedly taking ‘Superman’ ecstasy pills which happened to contain high levels of a dangerous adulterant called PMMA.  The story was covered extensively, and I, too, contributed a piece to The Independent.  Interestingly, however, many comments in response suggested these users deserved to die for using an illegal drug such as ecstasy.  Other comments suggested that anyone who takes a drug like ecstasy lacks intelligence and deserves to be eliminated via natural selection.

It is quite easy to say that if these people obeyed the law then they would still be alive.  After all, much of the population sees drug use as a black and white issue—you either decide to be ‘normal’ (and safe) and obey the law or you decide to be socially ‘deviant’ and disobey it.  But it really isn’t that simple.

There are many reasons why people use recreational drugs.  Ecstasy, for example, is most commonly used for social reasons at dance parties.  However, until recently, relatively few users have died (hence the extensive media coverage of recent deaths).  We are much more likely to hear about people dying from heroin…or alcohol.

If you were born after the 1960s, then policy-wise, drug prohibition is likely all you know.  From the day we’re born we’re taught that drug use is bad and perhaps immoral.  Whether or not they are very successful, I personally, believe drug laws are generally at least driven by good intentions.  As it is unlikely that drug policy will change anytime soon, it is important to consider how our attitudes are shaped under such policy.

We are taught to stigmatise drug users (and addicts) by society and our laws.  Because drug use is illegal, it is seen as a deviant behavior.  Therefore, many of us brand users as disgraceful or unworthy; we blame and devalue them, and shun or exclude them in order to purge them and their undesirable behaviors from society.

But stigma is generally not a highly ethical public health tool. Stigmatising users and addicts often does not help or deter them—it often makes their lifestyle more secretive, and prevents a lot of people who need treatment from seeking (or receiving) it.

Stigma also isn’t a very effective prevention tool as such a large portion of the population continues to try drugs.  In fact, a lot of people aren’t aware just how prevalent drug use is.  In the UK, about one in three adults have used an illegal drug in their lifetime.  Almost one out of ten (9.3%) have used ecstasy, and rates are estimated to be even higher in the US. Technically, in the US, adults who have never tried an illicit drug are actually in the minority.

We often see the extremes

We are surrounded by illicit drug users. Most of us have friends, family, colleagues or roommates who use or have used, but we just aren’t aware.  However, the ones we do notice are those who make up the smaller percentage who get out of control or whose actions are detrimental to society—and then we feel that all users act accordingly.  This is called selection bias.

We also tend to think meth users have no teeth, all cocaine users are addicts and heroin users are criminals.  Most of us learn this from the media and from television, and unsurprisingly, polls have found that most people who feel drug use is a major crisis have not witnessed drug problems first-hand.  Indeed, drug use and addiction are huge public health problems, but we need to keep in mind that the majority who have used have not necessarilyexperienced adverse outcomes such as addiction so they are not always visible.

I’ve been investigating the stigma associated with drug use for some time.  I became fascinated with the topic because I used to stigmatise drug use myself.  When I entered the NYC after-hours nightclub scene in the late 1990s, I encountered thousands of people on drugs every weekend and I was confused that these weekly ecstasy users generally did not meet the description of the ‘druggies’ I had learned about in school or on television.  In fact, most users in this scene were from middle class families, college educated, and had jobs and sometimes families of their own.  Yes, plenty of people lost control and became addicted, some even died due to drug problems, but I must note that most of these people did retire from the scene relatively unscathed.  These days it is often difficult to deduce who was a big partier when they were young and who wasn’t.

The stigma of the unknown

What it comes down to is—the less we’re (knowingly) exposed to an illicit drug, the more we tend to stigmatise users.  We obviously stigmatise ecstasy use more than cannabis use because ecstasy is less prevalent.  Most of us aren’t aware that about one out of ten people have used ecstasy, but we do know that ecstasy can in fact be more dangerous than cannabis (especially due to threat of contaminants).  And we all know that alcohol is one of the most prevalent (yetdangerous) drugs, but it is so socially accepted that use isn’t stigmatised, but promoted.

The more we are exposed to users of a particular drug—not just those out of control—the less we stigmatise them.  Studies including my own have found this, and this happens, in part, because contact with users often dispels misinformation and stereotypes.  Exposure may also lead to empathy or understanding.  Stigma toward racial, sexual and religious minorities also tends to decrease in light of exposure.

Millions of people experiment with drugs and most of them are just ordinary people—not necessarily the social ‘deviants’ we always hear about.  Thousands of young people use drugs like ecstasy at festivals and nightclubs every weekend, and for the most part these are good kids who will grow into productive adults.  The fact is that many teens and adults will reject abstinence no matter how hard we try, but we must still try our hardest to prevent use. When we can’t then the least we can do is try to prevent adverse outcomes among those who insist on using.

Stigmatising drug users does not appear to reduce the number of drug users, curb addiction or make society a better place.  This does not mean we must condone drug use, but we need to find a way to prevent use and/or adverse outcomes without marginalizing those who reject abstinence.  Before saying that drug users deserve to die, we must remember that these people could have been your friend, colleague, family member or child.

This article was written by Joseph J. Palamar on The Independent. Joseph J. Palamar, PhD, MPH, is an Assistant Professor in the New York University Langone Medical Center, Department of Population Health