Christmas is nearly here and many of us are wondering what gift to give to the important people in our lives. At LEAP UK we say, give the gift of a new perspective.

With that in mind, welcome to our Top 10 Drug Policy Reform Books. There is a mountain of literature about drugs out there but you would be forgiven for struggling with most of it. We are a fairly straightforward bunch over here at LEAP UK. The books that made an impression us come from many different angles but they all have two things in common: 1. they are evidence-based. All of the authors respond to the observation that punitive drug policy has failed to meet its stated objective and has, in fact, had serious, measurable unintended consequences; 2. they demystify. Too often those who support punitive policies have sought to present a confusing message around drugs. Our authors untangle all the technical language and jargon, and they separate myths and half-truths from the plain facts.

Whether your nearest and dearest are committed activists or new-comers to drug policy, we have recommendations to inform and entertain. So this Christmas you can give the gift of reform. 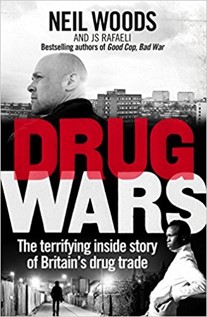 In this history of the drugs trade in the UK, LEAP UK’s Chairman Neil Woods joins with Vice journalist JS Rafaeli to consider the ‘British System’. Hard as it is to believe now, there was a time before Richard Nixon’s ‘war on drugs’ was rolled out as UN global policy that problematic drug use in the UK was treated as a non-criminal health issue. People suffering with addiction went to Boots The Chemist to collect their heroin prescription. Neil and JS report that crime was low and the frequency of cases where people fell into addiction was contained. They chart how this policy was compromised and new laws put the police in direct conflict with drug consumers. The authors note the rise of the gangster-drug dealer and increasing violence with each new generation who live through the drug war. As illegal profits grew, filling the pockets of Organised Crime Groups, the practice of buying-off police became more widespread. Former officers interviewed for Drug Wars describe institutional police corruption that ran all the way to the top. 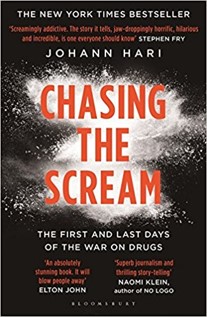 2. Chasing The Scream by Johann Hari

Johann Hari covers a lot of ground as he lifts the lid on the global ‘war on drugs’ from its inception and early iterations, spurred by Harry Anslinger, the founder and longest serving Head of the US Drug Enforcement Administration (DEA). Hari speculates on Anslinger’s personal motivations and demons that led to vilification of minority and ethnic groups as evil drug pushers. Through emotional personal testimonies from such people as grieving mothers in Mexico to former dealers in the US and politicised heroin users in Canada as well as political figures and the medical community, Chasing The Scream underscores the futility of trying to force people not to use drugs and instead proposes an alternative approach that will put an end to the needless incarceration of millions of human beings and the deaths of many more. 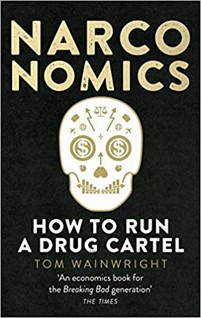 Tom Wainwright is a correspondent for The Economist magazine. On taking a posting with the publication’s business desk in Mexico, he soon found he spent less time writing about the economy and more time writing about deaths of people caught up in the conflict between drug cartels and the nation’s police and military forces, and also between the cartels themselves . On the personal journey that took him to the heart of the illegal cocaine trade in the Columbian mountains, Tom explores the rational that a drug cartel’s business model has much in common with legitimate business. He demonstrates the similarities and suggests that applying good old economic principles might be more effective in curtailing the cartels illegal operations that bullets and prison cells ever will. 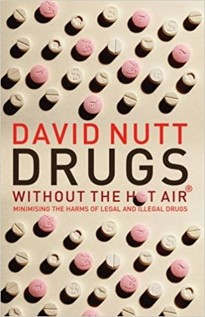 4. Drugs Without The Hot Air by David Nutt

One of the more famous proponents of UK drug law reform due to his well-publicised sacking as head of the government’s Advisory Council on the Misuse of Drugs (ACMD), Professor David presents a book that does exactly what it says on the tin. This is a book that sets out to inform in unambiguous terms about drugs, drug harms and harms caused by the war on drugs. It is packed full of science that manages to explain what’s what instead of bamboozle. We would hand Drugs Without The Hot Air to any parent who feels a bit daunted at the thought of growing up in a society such as ours where drugs are so easily accessible. Tackling the question head on, the final chapter is headed, ‘What do I tell my kids about drugs?’ But the real beauty of Professor Nutt’s book is that after reading, parents could confidently hand it on to teenager children who want to do research of their own. 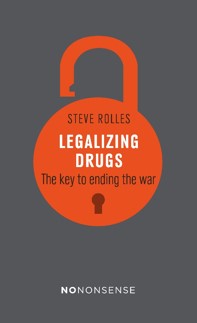 Steve Rolles has worked for the drug policy think tank Transform since 1998 so if anyone can provide a workable alternative to drug prohibition it is him. Legalizing Drugs is a compact book but it contains a wealth of information on the current global situation and expertly describes what reform might look like in the future and in real terms. This is a book that every budding or established drug journalist should have on their shelf. When it comes to the facts and figures that prove the obvious need for a shift in policy – from the UN right down to local policing and governance – Steve does all the heavy lifting so you don’t have to. 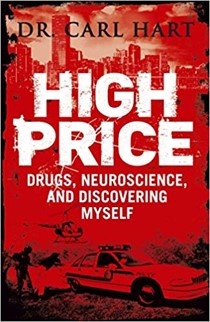 Growing up in an impoverished black community in Miami and then achieving academic success as a neuroscientist makes Dr Carl Hart a man who has lived in two starkly different worlds. High Price is part memoir, part scientific discussion and part call to action for the decriminalisation of drugs. Through the story of his own life, Dr. Hart explains why traditional views of drug use and drug dependence are inaccurate. He observes that poverty, lack of education, lack of opportunity and racial inequality, particularly in regards to drug policy enforcement, are the influencing factors that drive whole communities towards drug use and drug-related crime. Told with an entertaining style that makes this book an excellent entry-level introduction to the drugs debate.

7. The Globalization of Addiction: A Study in Poverty of the Spirit by Bruce K. Alexander

Bruce Alexander is something of a legend in drug policy reform circles. He is referenced in several of the other books appearing on this list. His Rat Park experiment demonstrated that opioids are not inherently addictive and turned our understanding of problematic drug use on its head. In The Globalization of Addiction, Dr Alexander attempts to define addiction as a natural human response to feelings of social ‘dislocation’. He examines the prevalence of addictive behaviours at various points in history and notes that there are many forms of addiction that have no connection to substance use at all, such as work, gambling, religion or pornography. Originally published in 2008, Alexander sounds an alarm on the dangers of modern free-market capitalism, leaving many in society isolated and unable to integrate either socially or economically – a prediction we see coming to fruition in the opioid crisis across North America and in increasingly harmful drug use around the world. 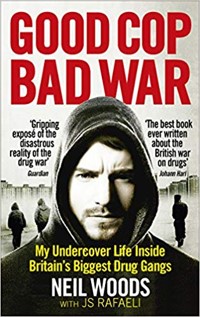 It is no coincidence LEAP UK’s Chair features twice in our list. When governments all over the world task their police forces with enforcing drug prohibition, it is surprising that more people don’t ask them for their honest opinion. In his first foray into writing, Neil, with the help of JS Rafaeli, tells the story of his own life as a police officer. Discovering a talent for undercover work, Neil admits to manipulating vulnerable people and low level drug dealers to introduce him into local drugs networks and often vouching for him to the gangs his operation targeted. He had his own life threatened on several occasions and can speak first hand of the increasing violence of UK drug gangs, a fact he puts down to the relative success of police officers like himself in infiltrating Organised Crime Groups and securing witness testimonies and prosecutions. As police became better at catching drug dealers, so the dealers became more vicious, protecting their illegal businesses from informants with intimidation, torture and violence. Neil observed that none of his 14 years in the police was successful in reducing drug use or drug crimes. He calculates that his investigations put people in prison for well over one thousand years but with all those operations, the time that he actually disrupted the UK drug supply for “at a very optimistic estimate – was about eighteen hours”. 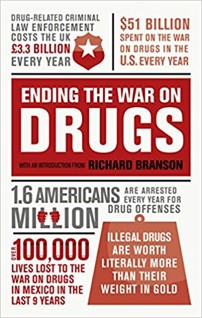 9. Ending the War on Drugs introduced by Richard Branson

This is a book of undisputed heavy hitters. While all of the authors on this list have lived experience and are considered experts in their respective fields, many of Ending the War on Drugs contributors sat at the literal head of their nations’ war on drugs. Essays are penned by people Ruth Dreifuss, the former President of Switzerland, César Gaviria, former President of Columbia, and Olusegun Obasanjo, former President of the Federal Republic of Nigeria. Along with these and other Presidents we have a Health Minister, a UN Special Envoy, health professionals, a renowned business magnate and philanthropist, and our own former UK Deputy Prime Minister. Most of these essayists are now members of the Global Commission on Drug Policy (GCDP) campaigning to affect reform of the UN conventions on drug control and the policies of national governments around the world.  Ending the War on Drugs is a surprisingly easy read for a book that details the abject failure of the war on drugs at the highest levels of political administration. 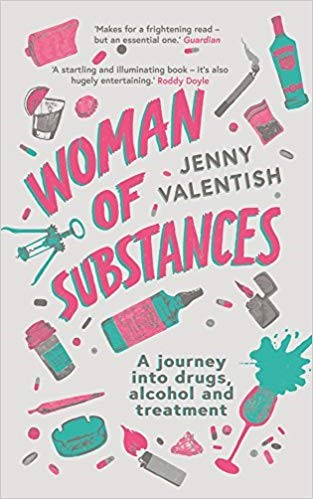 10. Woman of Substances by Jenny Valentish

The final book on our recommended reading list also addresses the subject of addiction, but Jenny Valentish is not a scientist nor an academic. She is an accomplished music journalist who has struggled with various addictions since childhood. In Women of Substances, Valentish forces herself to relive the traumas, including sexual abuse, that affected her ability to socialise and build relationships. Drink, drugs and a plethora of compulsive behaviours allowed her to operate with a degree of normality that would have been impossible to her had she been sober. Her book is thoroughly researched and Valentish’s understanding of her own self is informed by numerous interviews with psychologists, neuroscientists and other experts in the fields she examines. Women are often ignored in addiction research because problematic substance use is widely assumed to be a predominantly male issue. The author’s experience is that treatment, again, is significantly skewed towards men. Jenny Valentish is thoughtful and careful in the language she uses and highlights the need to be considered when discussing real people. Is it right to say ‘in recovery’? How about ‘suffering with an addiction’? This book is a must read for everyone who values learning from lived-experience. 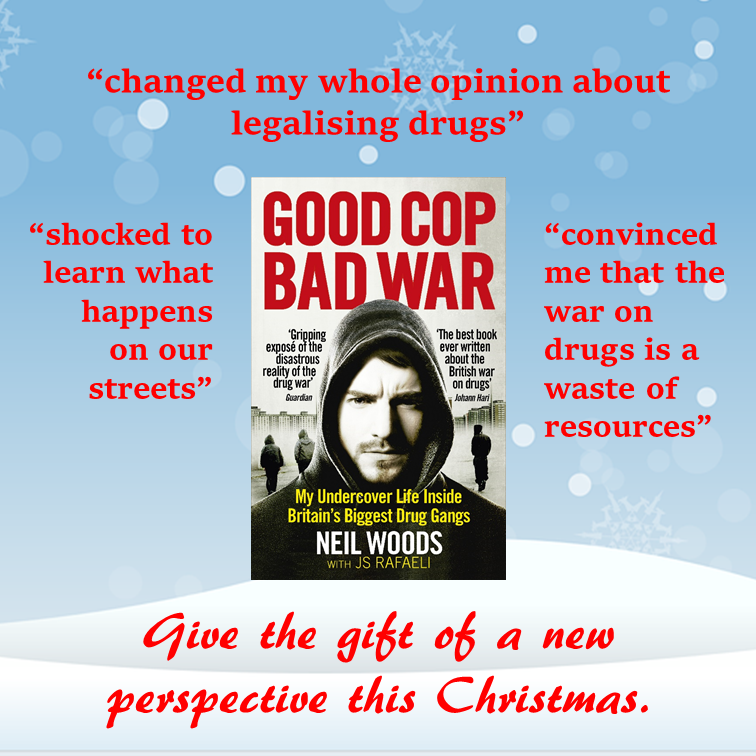