“A police spokesperson said that the use of CHIS (Covert Human Intelligence Source) is an essential tactic, proven to bring results and to be cost effective.”

That’s the official line whenever the use of police informants is discussed in the media. Of course, there’s an element of truth in the statement. If a burglar is grassed up and arrested then this can prevent more burglaries. The cost of paying the informant is a tiny fraction of wider policing costs. It’s more effective than increased patrols in crime hotspots. Conventional investigation relies on luck as much as forensics. But what crimes are CHIS talking about?

I’d estimate that at least 95% of CHIS-led operations are about drugs. The last two analysts I spoke to were mostly in agreement with my estimate but would only commit to saying “at least 90% are drugs offences” One of them made the additional point that most CHIS are white middle aged males.

So, use of informants is fundamentally a weapon in the drug war. It being such an essential tool of drug policy, has its effectiveness ever been evaluated? Does it lead to a reduction in crime? 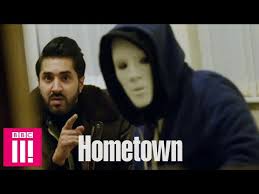 The BBC program, Hometown, nobly tries to shine a light on this murky practice. I appear in it but more interesting than me is my fellow LEAP UK member Frank Mathews. It’s a rare media appearance for Frank. He uses a pseudonym. He was offered witness protection services to protect him from corrupt officers in the source handling and witness protection departments of the Metropolitan Police. I applaud the documentary makers for their investigative journalism.

Police are really good at catching drug dealers. One of the reasons is that they are good at recruiting and managing multiple informants. But this is part of the problem. Sir Robert Peel established the principles of policing that should still be guiding our society. Principle 9 states ‘The test of police efficiency is the absence of crime and disorder, not the visible evidence of police action in dealing with them.’

Work with informants certainly results in lots of visible evidence of police action. But does it bring an absence of crime and disorder?

Police never reduce the size of the market. But they do change the shape of that market. When a snitch is considering the need to provide information he has a dilemma. He’s either providing information to reduce his own prison sentence, or to gain money but has to decide what information to give. He knows when he meets his source handler he has to tell them something, so he’s thinking, “who am I least scared of?”

“Who am I least scared of” is the question driving violence across the world. The use of snouts or snitches to provide a never ending flow of information to the police has created a Darwinian arms race on the streets of every city that hasn’t already succumbed to total narco-corruption. In the UK it drives the increase in kidnappings and gory murders. The former dealer in Hometown makes the valid point that violence is used to maintain control over territory. It’s also used to deter snouts. Violence is a commodity on the streets to deter the trading of information. The scariest gangsters don’t get grassed up.

Police source handlers may read this and protest. Yes, I know you’re really good at managing your CHIS. The professionalism and skill that has developed in your field is impressive. But it doesn’t matter. You’re not reducing the market. And you can’t honestly tell me that you think police action has made the market safer.

The buzz word nowadays is ‘disruption’. Who exactly has decided that disrupting drug markets is effective? Effective at what exactly? And based on what evidence? Disruption inevitably brings violence, anyone who follows intelligence can tell you that.

Well, what are police to do? Cops have been given the task of policing drugs and will work hard at any duty, I know that. But the trouble is, where police deny the real costs and paint a picture of success where there is none, it prevents change. The public are misled and so do not fully understand the need for change. The truth is, the most effective thing police can do about drugs is advocate for drug policy reform.

So, the next time a police spokeswoman offers the bland reassurance that the use of CHIS is an essential tool and is cost-effective, it’s time to demand proof. Not proof of expenditure on informants. Not proof of the numbers of arrests or raids, drugs recovered or cash seized. Proof of a reduction in crime. Because from where I’m sitting, the opposite would seem to be happening.

Time for an evaluation? It’s well past time.